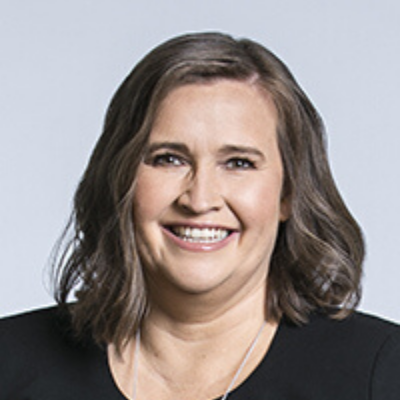 Kate Jenkins became Australia’s Sex Discrimination Commissioner in 2016. She is leading a number of projects at the Australian Human Rights Commission, including the National Inquiry into sexual harassment in Australian workplaces and the Commission’s collaborative project on cultural reform with the Australian Defence Force.

Kate is the convener of the National Male Champions of Change group (established 2015), and the Co-Chair of Play by the Rules, a joint project between human rights agencies and sports commissions to make grass roots sports safe, fair and inclusive.

Prior to joining the Commission, Kate spent three years as the Victorian Equal Opportunity and Human Rights Commissioner. In that role she held an Independent Review into Sex Discrimination and Sexual Harassment, including Predatory Behaviour, in Victoria Police. She was also the Co-Chair of the Victorian Commission’s Disability Reference Group and a member of the Aboriginal Justice Forum.

Kate spent 20 years as lead equal opportunity partner with Herbert Smith Freehills and has served on the boards of Berry Street Victoria, Heide Museum of Modern Art and the Carlton Football Club.

Kate was recognised in the 2015 AFR/Westpac 100 Women of Influence Awards for her work in public policy.

Kate grew up on a family orchard in outer Melbourne. She lives in Melbourne with her family, which includes her husband Ken, their 2 children and her 3 stepchildren.

All sessions by Kate Jenkins